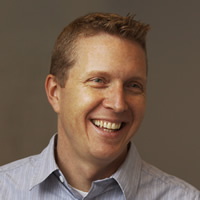 He speaks regularly on the topics of Information and Interaction Design, User Experience (UX) Design, design methodology and processes, and design ethics. He has been invited to present at SXSW (slides and audio), InfoCamp, Designer to Developer Workflow (D2W) Conference, Mobile+Web DevCon, Web Experience Forum, Adobe MAX, eTail West, and the Digital Media in Business program (an EU-sponsored professional training program) based in Helsinki, Finland. Dave writes professional essays and articles and frequently conducts training seminars for information and interaction design, prototyping, and design software. Additionally, he is an author for lynda.com, is active in the Adobe community as an Adobe Community Professional and co-manager of the Fire On The Bay user’s group. He has recorded numerous videos and conducted seminars on how to use Adobe design tools for UX, IXD, and prototyping.

Dave holds an adjunct faculty position at the San Francisco State University Multimedia Studies Program, where he teaches Information Design 1 and 2, Interaction Design, and special seminars in  responsive web design (RWD) and designing for social and mobile. Prior to moving to San Francisco, Dave was an Assistant Professor of Psychology at Xavier University of Louisiana in New Orleans, where he taught Cognitive Psychology, Psychometrics, Experimental Methods, Statistics and several other psychology courses.

He can be found online at DaveHogue.com, LinkedIn, Twitter, Google+, and Facebook, or he may be contacted at dave at idux dot com.

Partial client list for projects between 2000 and the present:

I have also done work for the following non-profits: